A trajectory is the path of a moving object through space, and a curve that intersects with other surfaces. These cyberformances offer you the arc of the story, perhaps a trace, a trail or track (it depends what you are looking for … ). Some of these performances invite participation prior to the festival, and we invite you to intersect with their trajectories:

Joanne, Ellen and Hannah, the girls who brought you Maui and the Sun last year have another show up their sleeves! Its a mystery, a “who dunnit”, a magical tale… more details will be revealed with a flourish at the show! 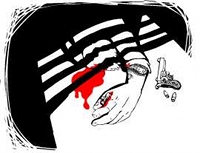 It is 1931 in the United States and Halle, a young private eye, has been asked to investigate some shady business dealings. But when the target of her investigations turns up dead, Halle must work quickly to find the killer and clear her own name.

But behind this mystery hides an even greater truth: the outcome of this adventure depends on you.

X marks the spot will emerge from the traces that map the complex patterns formed by two or more protagonists as they traverse their usual work/play spaces, which are widely dispersed.

Measurements, in the form of notations both historical and current, will provide accurate positioning data [relative and standard deviations will be taken into account]. This work explores wave forms/modes of transport/relativity of movement and perceptions of time and distance. It will take place in UpStage in real time and online over time. 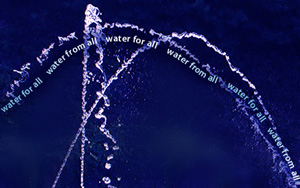 The Sprinker Fountain can be plotted as a net with many idea-sourcing knots, rain of conceptualized drops, cradle for discontinuous fluxes in which particles of waterdreams and waternightmares meet each other for a moment or two. It is a place where you can leave your waterstory, waterpoem, watersketch, or whaterever (suzonfuks@gmail.com subject: water). It is a time when you can get other kinds of aesthetic fluctuations, through the force of streams, which have to be caused by decorative and dramatic tidal resonances. We can’t tell you any more, because this plot is highly dependent upon the coming myriad of tiny aqua-semantical dataflows. The only saying that would flow around for now is: to sprinkle or not to sprinkle?

More background to the fountain: https://sprinkler-fountain.blogspot.com

Sprinkler Fountain is part of VIRTUAL FOUNTAINS: a presentation of initial ideas for a new project about WATER, a currency in all cultures, a compelling issue providing metaphors and vocabulary for creative exchange online and on-site.

Wi-Fi network is invisible in our daily life but it has great impact for our contemporary societies. This artwork will introduce how artists applied HTML colour to visualise Wi-Fi networks as a colourful landscape. This artwork include two parts, the first is I will walk around the streets to collect Wi-Fi information and the other is uploading data real time and translating the data into colour charts immediately.