These cyberformances explore sound and movement across time and networks, blurring the physical and the virtual, the tangible and the ephemeral. Enter into the temporary, transitory fleeting moment of live performance in cyberspace:

These performances will be screened as part of Tempo 10, NZ’s Festival of Dance in Auckland, New Zealand. 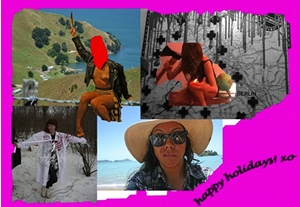 NZ white girl Alexa Wilson dances as a tourist in the ‘dead zone’ of the former Berlin wall (in between parts of the two former east and west walls). She sells herself and NZ from here whilst living in a continually exploited city. Maori chick Cat Ruka dances in NZ’s ‘Queen’s Chain’ – the contested foreshore between the high and low tide on the beaches of Aotearoa – selling the same things. In honour of the dead and to performatively heal these ‘warlike’ liminal cultural spaces, they combine forces to present an ‘avant-garde tourist video-dance’ of both educational and entertainment proportions. 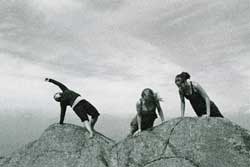 Strings Attached 2 is an interactive dance performance happening in real-space and UpStage. The UpStage performance features photography by Tim Gurczak of New Hampshire landscapes. The initial theme of the piece is the relationship between location and identity, with a focus on the choreographer’s identity and her “place in the world”. However that initial seed for movement and UpStage backgrounds is a point of departure, as the audience (in UpStage and real-space) gives the dancers verbal feedback that impacts their improvisations. The feedback from both the live and UpStage audiences is shared with the real-space dancers, and the director, who manipulates the UpStage performance based on those same cues.

The piece (as with Strings Attached: An Experiment in Connection, a live performance created by the artist in August 2009 and May 2010) is really about the communication between audiences and performers. The hope is to create a truly interactive experience, one where the audience has a definite and obvious level of influence on the performance outcomes with the resulting event still having a sense of through line and cohesion.

The idea behind this performance is a development of characters and poetry through a viral tactical media deployment of sound, images and messages to the local Network in Nantes – experimenting in advance of October with the language and animations that such movements, rhythms or vibrations can produce. A call for participants will be sent out in June. 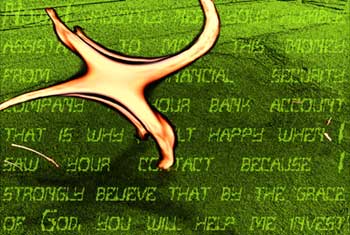 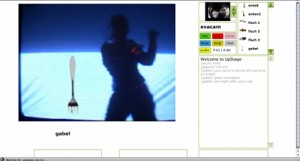