In celebration of Art’s Birthday and as “101010 Again”, there were 4 performances in UpStage on Sunday 16 January 2011. About 40 people watched online and for the performance of MASS-MESS there was also a proximal audience of about 25 in Belgrade. All of the performances were well received, with Strings Attached 2 and Recipes for Life able to present their work as intended, without the technical problems we had during the festival. 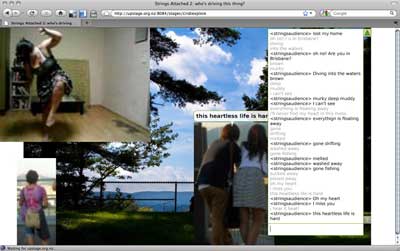 In “Strings Attached 2: who’s driving this thing?” (above) Cindi L’Abbe improvised a choreography in response to the audience’s words, from the starting point of “home is where the heart is”. 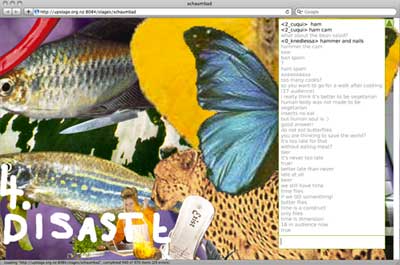 “Recipes for Life” followed the journey of the knedl, from chopping the ingredients to cooking to digestion (we are wondering what will happen in the sequel …) 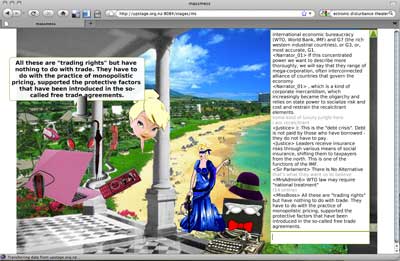