The performances that will be presented at the 11:11:11 UpStage Festival are:

This show includes graphic images which may be disturbing to some people. 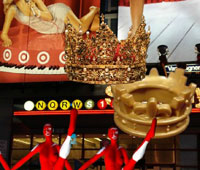 Times Square on Christmas Eve. Did Edward King kill someone? Was the man his father? Do the Rockettes know the secret? Tune in for the avatar can-can and join in the Hallucinated Hallelujah Chorus, as Edward King asks: “Who am I?”

This performance will be a poetic journey on the source of ideas, and how we build ideas from images that come in our mind. It will play with perception, the focus, the distraction of it, time, size and distance, the imagination, and the memory of things and scenes. A continous stream of shifted focus using words, sounds, and images, will lead or distract the visitor in their journey.

Magfalda meets the world in pieces

Whatever our faiths and beliefs, the Earth is surely telling us something, trying to be heard. The world that our ancestors knew is gone. “Magfalda meets the world in pieces” is an innocent and unpretentious journey to the (re)discovery of the world in pieces that surrounds us. Once again, the travel outside reveals something of our most intimate essence.

make-shift: an audience with Dave

In conversation with make-shift‘s regular middleman, Paula and Helen facilitate a structured Q&A on what makes Dave tick.

The next full performance of make-shift takes place on June 28 2012; see the web site for more details.

Goldie Kea and the 3 sheep

Humpty with a twist

A risky situation, a broken dream, a series of events that will have the characters scrambling for a nutritious solution to an age old problem.

Where are the clouds? 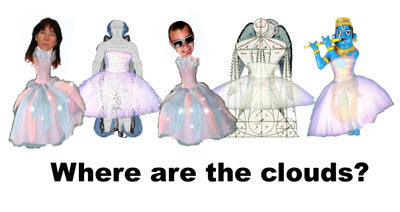 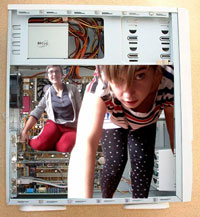 Performance by students of the MA Networked Media department at the Piet Zwart Institute in Rotterdam, NL. We will showcase and integrate live programming skills, animation, poetry, physical performance, and open source programs with a local audience as well as in the environment of the UpStage browser-based platform.

The 11:11:11 UpStage Festival has received funding assistance from Creative New Zealand – Thanks CNZ!