The new multi-platform programme of the 121212 UpStage Festival of Cyberformance featured performances that utilise a range of networked technology, from purpose-built cyberformance platforms such as UpStage, Visitors Studio, mosaika.tv and the Tap, to social environments such as Second Life; and are created by artists and researchers working at the bleeding edge of networked performance.

Click on the titles (or scroll down) for more information about each cyberformance: 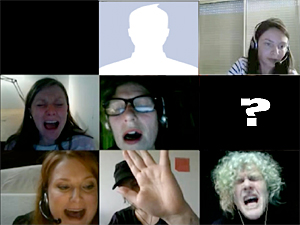 So far six experiments have been done. Five different approaches with only women and one with only men. Testing 12,12,12 will be the occasion to continue this series and to experiment with a mixed male / female version called ANGRY for the first time.

You can find information, images, videos, texts on:
https://www.bram.org/angry/women/

i am here because you are here #4 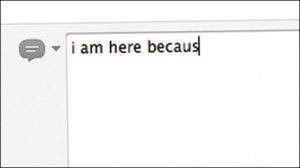 The artist will be present on skype and the chat box on the UpStage website. People from all over the planet are welcome to join the messaging system and to collaborate in this part over the period of about 24 hrs. With only written short messages and without any restrictions various forms of conversation can be established. None of them will be recorded or itemized in any way. 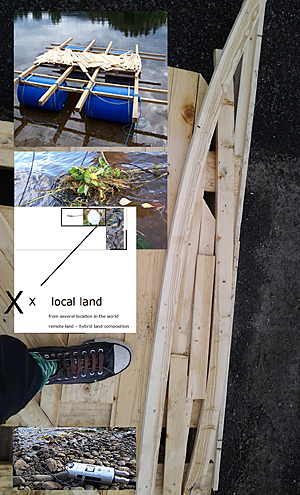 Protagonists are remote but linked by water and through the internet. Some are detached, traversing land boundaries; while others are attached floating on a raft filled with plants. By inputting media via mobile phones and mixing them in a sound and visual based performance, the performers of the land platform will take viewers on a lyrical journey along the margins.

Click on the image for full size and check out more information and images at the LandPlatform site https://www.lab-gallery.com/soundplatform.html

BABBLE –  a half built building and an endless story

Have  you  ever  tried to climb to the top of a tower?
Have  you ever  dreamed of jumping off?

Part performance and part virtual building project, BABBLE tasks its avatar audience with climbing to the top of the Library of  Babel  – a tower full of  words in Second Life. The journey, led by  avatar performers through the library, involves encounters with impossible stories re-imagined  for the  virtual world. 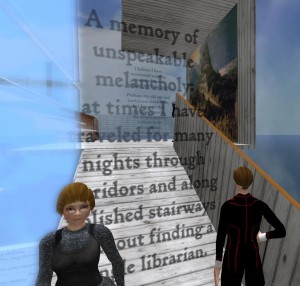 Inspiration for this cyberformance comes from two prophetic stories: The Library of Babel, by Jorge Luis Borges, tells of an huge library which contains every book which ever has been, or ever could be, written –  the only  problem is that none of the librarians know how to find any particular book. The Tower of Babel  is a biblical story about the building of a tower designed   to reach to heaven, but the tower is doomed when an angry God takes the words out of  the builders’ mouths  and replaces them with a multiple of  languages  so various they are no  longer  able to understand one another..

BABBLE  includes music and interactive  sound score and  video. It playfully invites the audience to explore how ancient arts of  storytelling can be experienced anew in the digital environment. ) 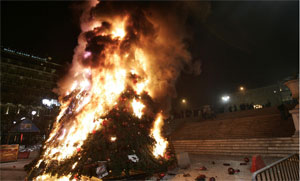 On 6 December 2008, the policeman Epaminondas Korkoneas killed Alexandros Grigoropoulos, a 15-year-old student, in Exarcheia district of central Athens. The unjust murder of the young student by police resulted in large protests and demonstrations, which escalated to widespread rioting, with hundreds of rioters damaging property and engaging riot police with Molotov cocktails, stones and other objects. A new wish jumped up from the ashes of those nights, “Merry Crisis and a Happy New Fear”, opening the Pandora’s box of the Greek economy and the unstable political situation of the country.

According to Baz Kershaw (1999, p. 91) protest is a kind of radical performance, which may have little or nothing to do with the theatre estate and its disciplines, but still they have common characteristics. Based on the form of a protest, this project is a Christmas story about the death of democracy in Greece.

“Merry Crisis and a Happy New Fear” will be performed in WaterWheel’s Tap. The performance will use the “water” concept of the platform metaphorically, connecting it to the “human rivers” that overflowed the Greek streets during the protests. Live streaming and video recordings will be used to discuss contemporary political issues and challenge the notion of liveness.

Participate now by completing this short questionnaire to contribute your thoughts and ideas to the project. 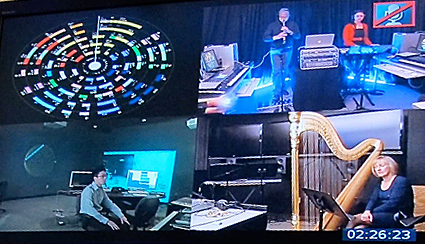 This work uses conversational roles to negotiate relationships in a sonic narrative. It is based on the composer’s platform GNMISS – Graphic Networked Music Interactive Scoring System. Players prepare and respond to the graphic flow of symbols for emotion, sound and gesture prescribed by the composer, but also alter their musical responses based on others’ inputs to the piece. While exploring new methods of  producing net-based interactive electroacoustic music and broadening the gestural/semiotic base of the medium, GNMISS also provides a means to synchronize net-distributed and performers/machines.  The system can also be by distributed creators to construct scores interactively.

The aesthetic and creative direction of this interactive audiovisual work is primarily determined by the perceptual correspondences between abstract animation and musical performance. This real-time performance is based on the implied musical gestures integrated and encoded in the dynamic visual score which is crucial to the conceptualisation of the music  as well as exposing the challenges of telematic music performance. The video score determines the choice and interpretation style of each individual musical section and is modified and transformed over a long distance communication network. The aim of this composition is to explore the relationship between non-symbolic, abstract visual representations and sonic and musical gestures reflecting the artistic and abstract mind.

Playing with the metaphor of “moving mountains”, our cyberformance explores border crossing of disciplines, of physical spaces, of body, and identity. Our avatars encounter mountains as obstacles, stability, hope, ephemerally, divisions, distance, deep geological time, rhizomes, decentralization, and remapped and repurposed socio-political geological structures. Moving mountains sets into motion participation from sites where the live performance is broadcasted, including student centers at our different universities.

Excavating Desire is a free improvised audio and visual work in four movements:
1. On the Surface – exploring constraints imposed on female desire by society and ourselves
2. Digging Deep – recognizing our wants and needs
3. Gathering Courage – risking societal censure, economic loss or emotional pain requires resolve and strength
4. Flowering of Passion – acceptance and expression of our own inner identity

Four women going through the same risk and hardship of “Excavating Desire”.

Desires are often hidden underneath layers so we do not even recognize them ourselves. It is a risk to reveal our true self, particularly in personal and intimate situations, but also when revealing oneself as an artist. “Excavating Desire” provides a structure to peel away the layers of constraint and grant ourselves permission to express what we choose to see and hear as art. 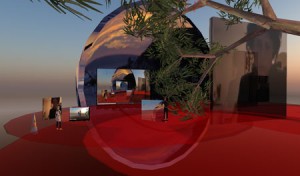 Senses Places” is a playful mixed-reality performance environment; An ongoing dance-technology international collaboration generating whole body multimodal interfacings within the Second Life platform. Keen to a generative somatic cross-cultural approach, Senses Places’ performers in Portugal and Japan meet and engage kinesthetic/synesthetically with one another. The performance stresses a reconfiguration of embodiment through the integration of simultaneous perceptions/interfaces in local-remote real time communicative mediations.

What emerging embodied realities and cultural specific exchanges will surface through the performers’ inclusive involvement with their own and each other’s physical bodies, video mediations, avatar moves, and environmental changes?

The interfaces include, respectively, Livestream©, webcam, and Wiimote©, and related software.

“Good Water III: Synchronicity” aims to demonstrate the interconnectedness that exists between the cyberformances, their creators, and their online audiences while confronting challenges presented by the format and the online platform. This cyberformance will invite the audience to actively participate in establishing synchronicity among them selves through online interaction and manipulation of 8 video clips.

“Good Water” is a series of cyberformances that have been presented on WaterWheel’s Tap platform. In these projects rowing is a metaphor for life situations and circumstances. With “Good Water III: Synchronicity” I am exploring human interconnectedness as it is challenged and affected by cyber communications methods.

Exploring interdisciplinary and intercultural networked creativity, this audiovisual performance will feature Ethernet Orchestra collaborating with visual artist Graziano Milano mixing visual collages in VisitorsStudio. Oceans between Sound considers the ebb and flow of network data as metaphor for the world oceans separating the members of the ensemble and their dispersed lives.

Ethernet Orchestra will stream their networked improvisation via liminal sound net radio as a live Internet broadcast. Online audiences will open VisitorsStudio and the radio portal in separate browser windows to experience the full audiovisual performance.

There will be two shows for audiences in both hemispheres – view schedule times for more details. 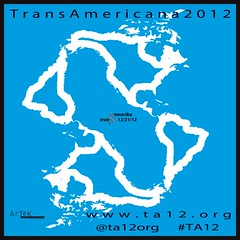 “Transamericana 2012” is a relational and viral public art project created by Chilean-Canadian artist Claudio Rivera-Seguel. The work aims to establish an Inter-American network for collaborative cultural creation and dissemination in order to encourage public participation and creativity within the physical and virtual public domain.

The starting point of the project consists of two exhibitions presented simultaneously from March through December 2012, at the Art Gallery of the Universidad de Concepcion (Chile) and as part as the InTransitBC Public Art Programme, at the metro stations (Vancouver, Canada). Each exhibition will showcase eight digital images, which derive from the juxtaposition of appropriated characters from classical paintings (from the XIV to the XIX century) with landscapes and elements from the contemporary globalized culture.

a plunge in the pool 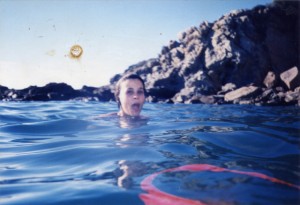 An immersion into a magical world where the associative power of the mind leads to an adventure of possibilities or to a swirl into destruction.

A game-performance on the TAP playing on the poetry and variation of shadows according to the time of the day and places. 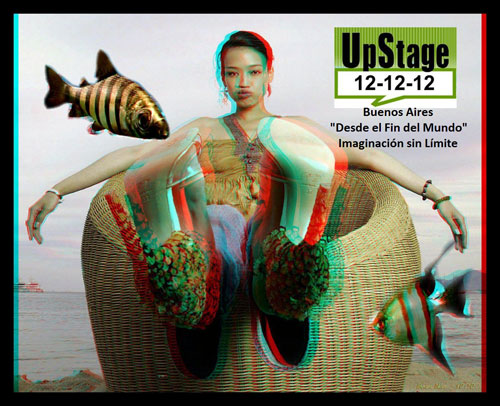 Dance-Music-performance, using mapping, projections bodies of text messages sent by the audience (remote), which modify the projection,4 webcam, in different places, inside and out, all edited online plus the sound of water, (Water fountain) transformed by special sensors in digital symphonies by Formantis.

Using the interactive multimedia performance sites and online editing tools of WaterWheel, mixing them and others, to the point of producing some confusion between real and virtual, the performance is tailored to the estimated time (day or night), especially on outside of buildings, including special lighting for mapping.

A video of recent performance can be seen on the Waterwheel website. 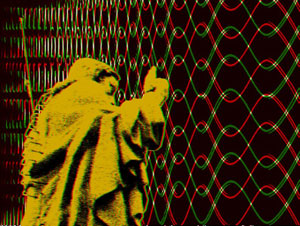 The Mayans believed that December 21, 2012 AD is the culmination of a series of events over time that leads to towards an the ultimate spiritual awakening of the world (the 2012 Apocalypse). They believe the changes are underway and will continue steadily accelerating as we head towards this date. 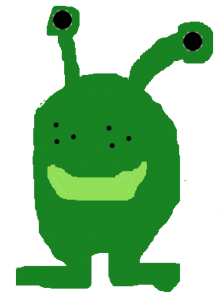 Students have created a series of works that explore and describe their location through tales of local flora and fauna, rework fictitious and fabled classics or that are creating a genre all of their own in this pick and mix of talent from the next generation of cyberformers. 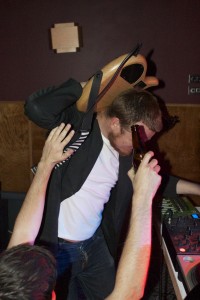 When Dan Untitled plays a live mashup gig his hands fly all over the place – one man simultaneously triggering an array of samples, scratching vinyl and playing fretless bass.

Dan will stream a live gig from Wellington, NZ, mashing up a storm to close the festival.