A number of the 121212 festival performances will be in Second Life, and since we don’t want to force audiences to download an application to participate, we hope to be able to stream out from SL to a stream embedded in the UpStage web site.

This page is a gathering place for our research about how to do this. Here is a summary of the results as at 23 October 2012.

December 2012: we’ve decided to go with Livestream, as it gives a good image & audio; however the free version has ads, & a limit of 50 viewers. We’ve also had some echo problems with the sound, but this is probably due to streaming in and out of Second Life from the same channels. We are compiling the settings & solutions for Livestream/Second Life streaming here.

So far we know:

Screenshots taken by Annie, when Helen was using Bambuser to stream her desktop showing SL (click on the image to get the full-size image): 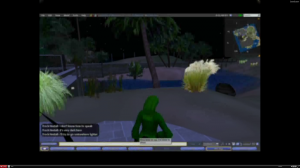 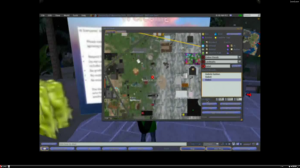