RL (real life) access nodes are physical locations where audiences watch a projection of the 080808 shows and participate via computers at the venue (if there is a wireless network, you may be able to bring your own laptop). Read about the 080808 nodes here. 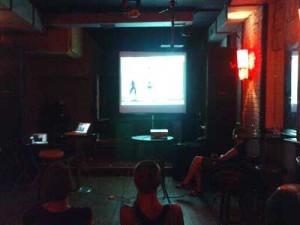 Times shown are the LOCAL times that each node is operating (& note that for the Canadian nodes, some of the times fall on 8th September due to time differences): 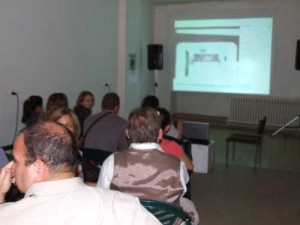 Beyond the basics, what’s involved in hosting a node is up to the hosts. Some nodes have performances that will be presented from the node, incorporating the proximal audience as well as the online audience – such as Galerija Elektrika in Pancevo, where “The Dish” was performed from. Some nodes embedded 090909 within an existing programme, such as the Eclectic Tech Carnival in Istanbul (where one of the performers of “Machine Divas” was located). Other nodes happen in arts centres, museums, and event people’s living rooms, when they invite a few friends around to share the 090909 experience together. Each node chooses which hours during the festival they will operate, according to their own locality and situation.

The basic requirements for hosting a node are:

We publicise the nodes via this web site and all media releases and emails that are sent out about 090909; nodes can also do their own publicity. We appreciate feedback and documentation from each node such as photos and numbers of audience.